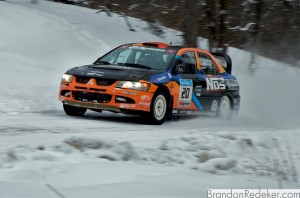 Racetech Performance spent the weekend in Atlanta Michigan to watch the Rally America 2010 season opener, the famous Sno*Drift Rally. The team drove the 2010 Ford Fiesta about 4 hours north to spend Friday night in Gaylord Michigan. Once we got the hotel, our phones starting buzzing with updates from SS7 saying the Monster World Rally Team Ford Fiesta had suffered a suspension failure, and was done for the event. Our main reason for going to the event was now over, and we would not be able to see the Ford Fiesta compete in a rally. The rest of the night would be spent with friends, drinking beers, and talking about cars. Outside our hotel room, the sounds of snowmobiles and boxer-engined Subaru’s could be heard while we sat around and talked cars. Every few minutes we could hear people stopping and talking about the Fiesta that was parked on the other side of our hotel room door. Comments could be heard until around 2:30 am from people interested in the car.

Saturday morning started at 4:45am as we got ready and headed into Atlanta to see the rally cars in Parc Expose’. The frigid cold did not stop an army of fans who swarmed the Subaru of Travis Pastrana. There was talk everywhere about where Block was, and how nobody could find the Fiesta rally car. Most fans were probably unaware of the late night suspension failure that took him out of the event. Besides the Fiesta I was driving and one Raptor truck, finding a Ford oval was rare in the sea of spectator Subaru’s. We made it over to talk to Andrew Frick, who was piloting the blue Ford Focus, and checked out the Terra Firma sponsored Focus driven by Dillon Van Way. With the Fiesta retired, we would be cheering for the remaining Fords in the event.

We continued on to the first spectator stage, where the Fiesta had a chance to navigate down a very icy, twisty, tree-lined two track road. I would have to say that the highpoint of the event was driving the Fiesta down and back from that stage. If I could have turned off the electronic babysitter (traction and stability control) the Fiesta would have been even more fun to drive! The computer was fighting me for control around corners, and did not understand my use of the handbrake. At the spectator stage, we were bombarded with questions concerning the Fiesta I was driving, and what had happened to Ken Block’s Fiesta. Regardless of where we went on Saturday, a crowd of people were always around the Fiesta asking questions and taking pictures. I had way more people asking about the car than at any car show I went to last year.

After the Super Special Stages, the team had decided that it was getting late and we should make our way back home. A quick stop in for dinner in Gaylord, and then we were off heading south. I let my friend Erik Barber take the pilot seat in the Fiesta for the way home so he could get some seat time. I watched over Twitter on my phone and updated the team on the results of the closing stages of the rally. While the Subaru team was spraying Champaign, the MWRT Fiesta was back in Dearborn and the Fiesta I was driving was heading home. Hopefully next year we will stay for the Champaign celebration, and it will be a Fiesta parked in P1. 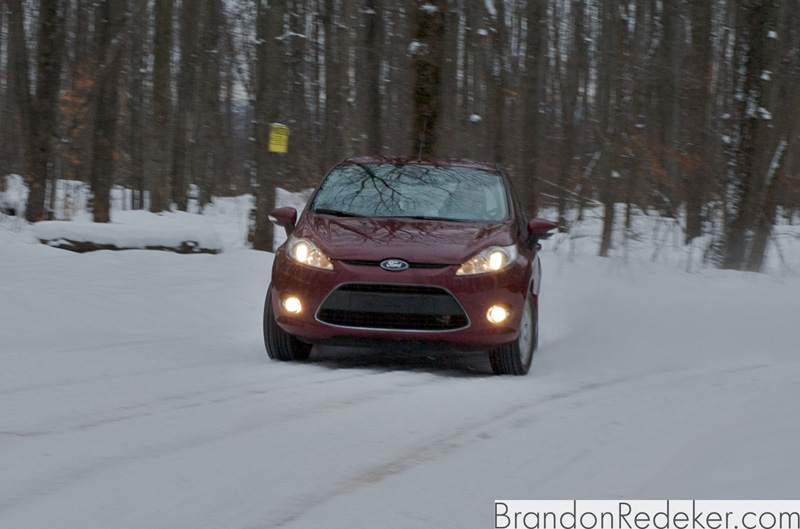 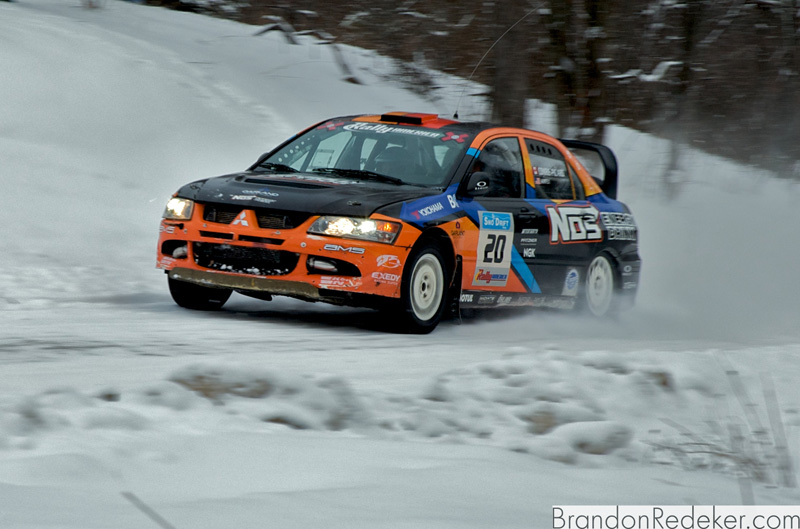 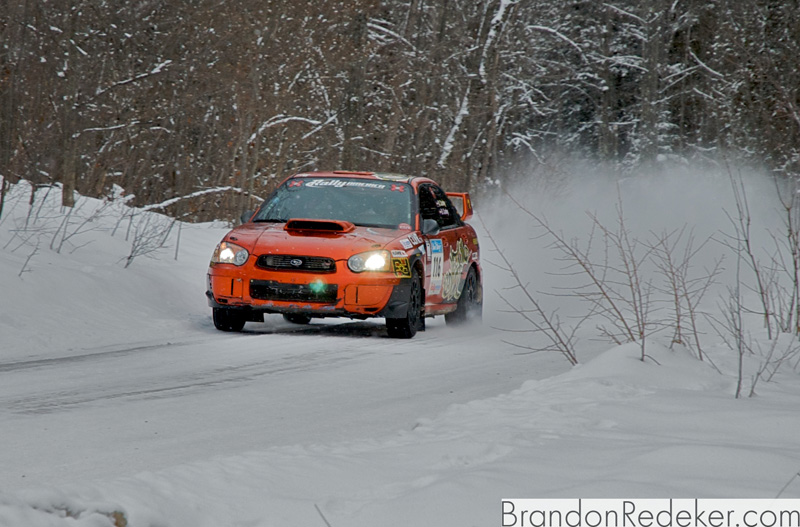 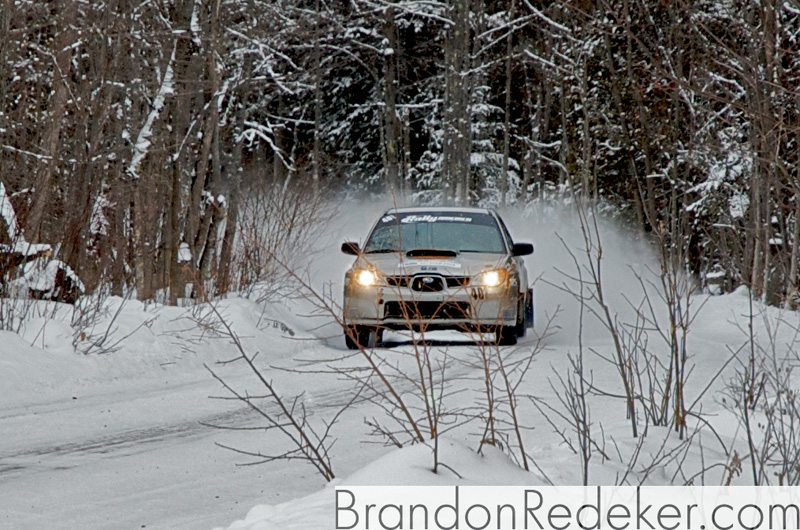 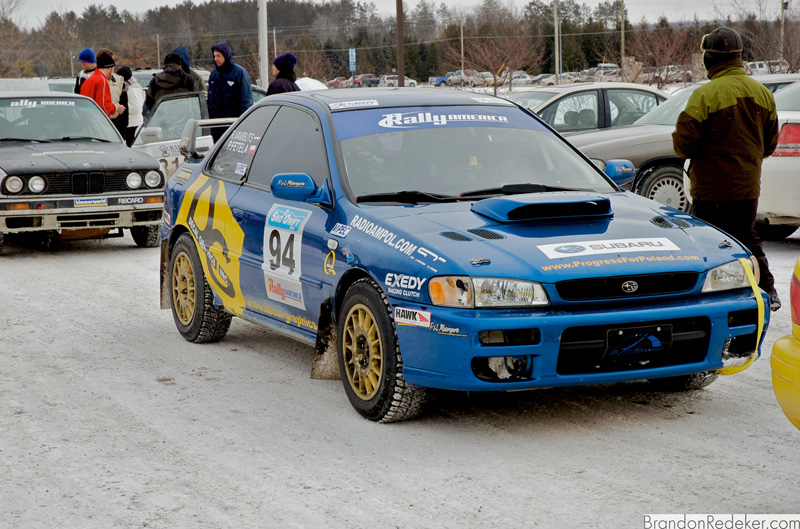 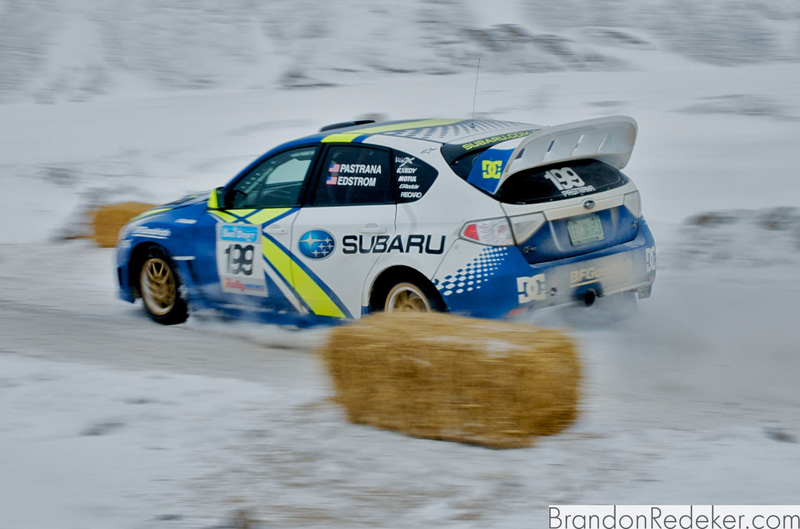 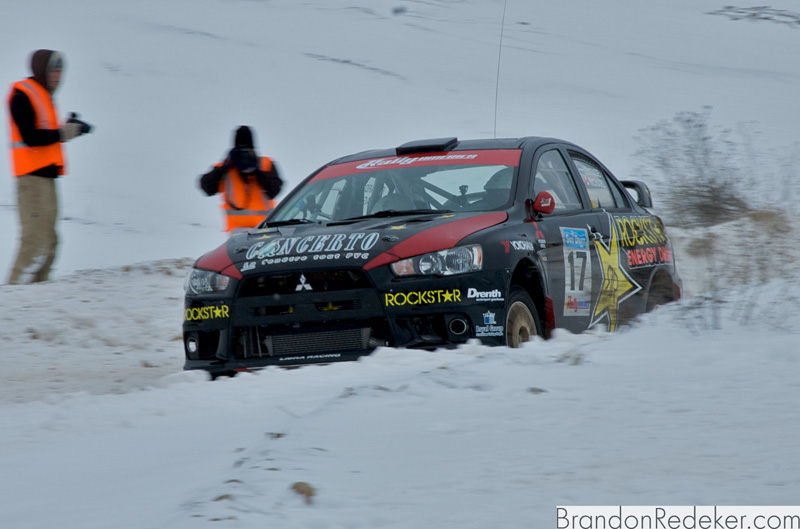 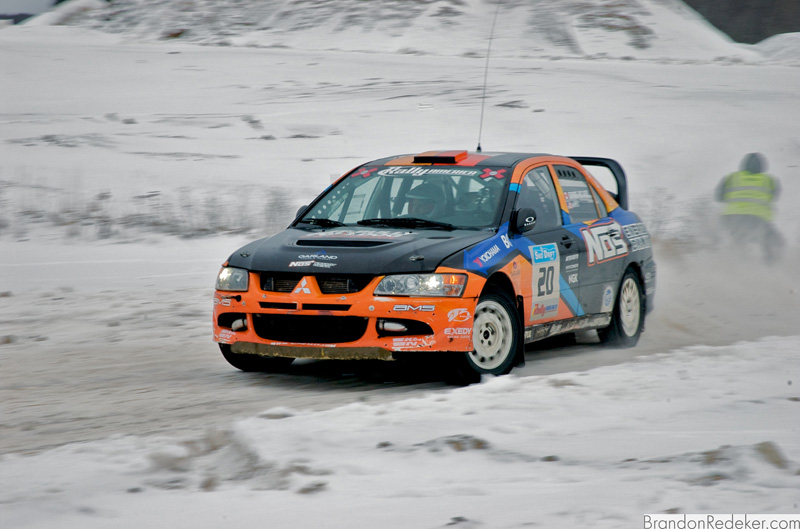 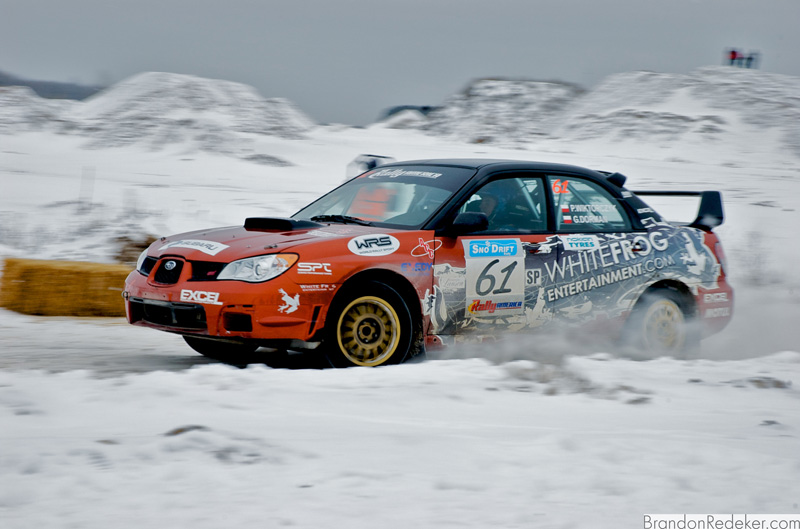 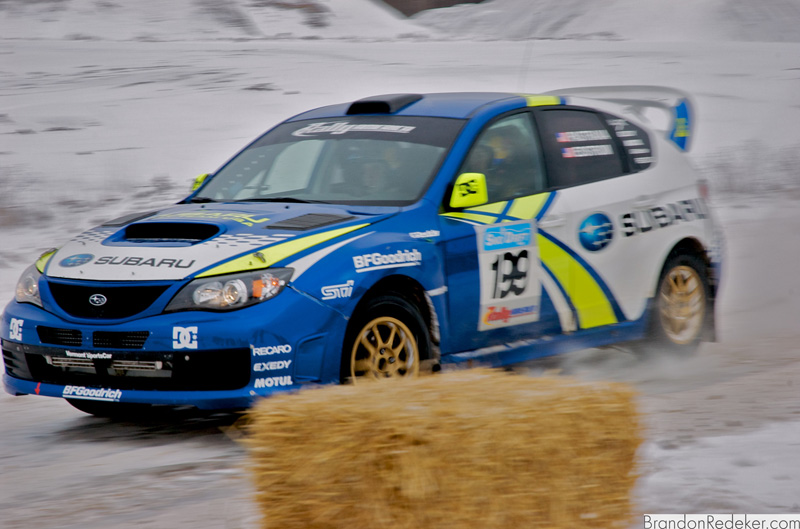 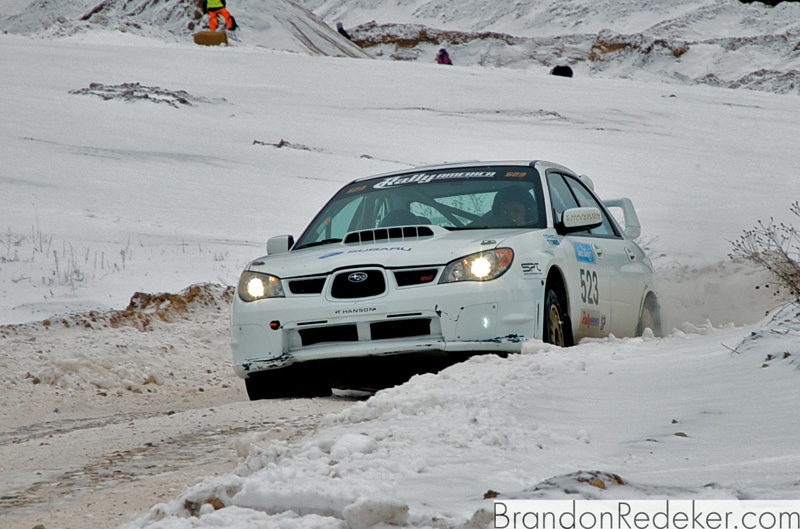 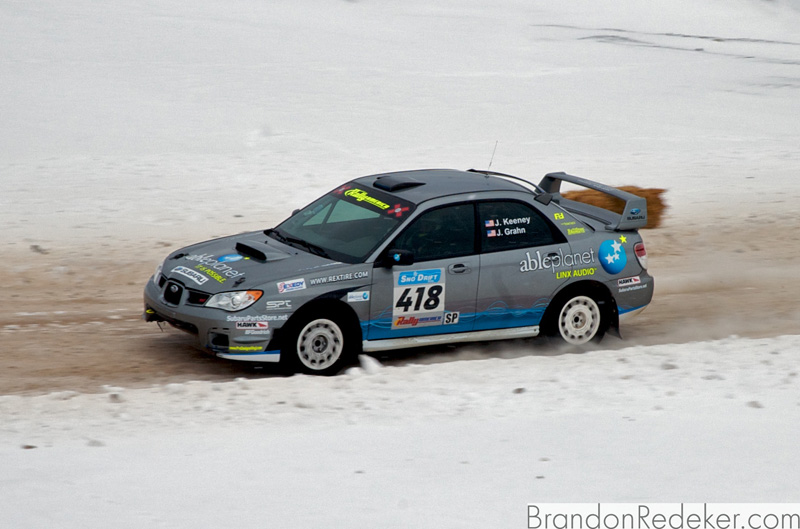